Jimmy Marble is a young Los-Angeles based film-maker and artist and … a former student. Recently, he has emerged as a strong voice in photography, with colorful images that is as much inspiresd by the aesthetics of fashion photography, classical painting, photographers of the previous generations, as it is by Los Angeles itself.

Besides the joy of seeing a former student’s talent bloom, we were proud to curate the first solo exhibition of Jimmy Marble’s photography in France.

Jimmy’s images are so pleasant – full of joy, humour, youth and colors – that is hard to immediately perceive how planned and thought out they are, as emerged when we interviewed him last september, asking how his filmmaking informs his photography, how planned his compositions are, or how much inspiration he derives from the creative community he lives in.

So… what’s so L.A about your work?

Let’s see… I guess your environment shapes what you are doing. When you think of movies in the 60s, in the New Wave, Paris is a character. In Woody Allen’s movies, Manhatan is a character. When I moved to L.A. everyone thought it was a bad idea, but I knew I had to move here. When I got here, it became such a part of my identity, it was the first place where I really felt that I belonged somewhere.

For me, the series L.A.topia is that. I was about to move to New York, I wanted to capture the L.A. that I loved so much. There is something dark about the city. Outwardly, it is bright and colorful, so naturally this side is reflected in my work. But I am trying to think about what is on the other side, to add a level of intrigue, to make my images more emotionnally complicated. The language is simple, but the meaning is complex. 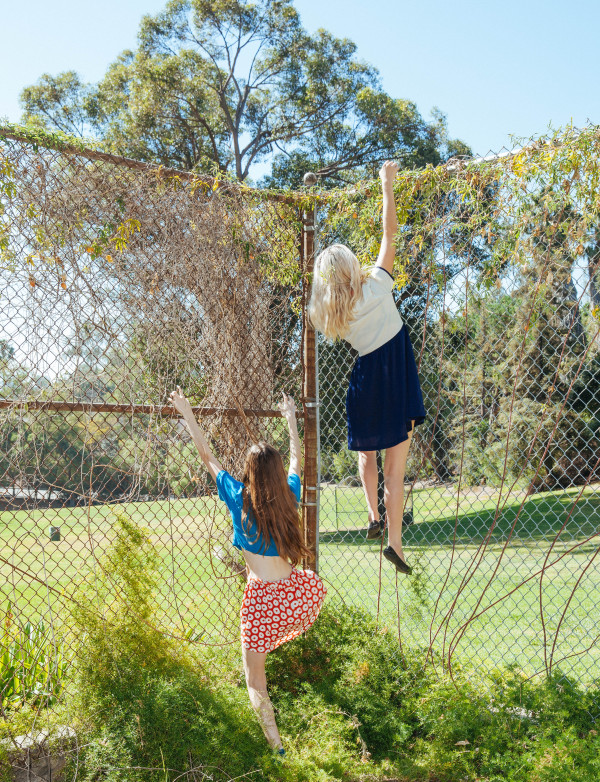 For a film director, how do you feel about the fact that with photography, you have to communicate through a single image?

One thing that has stood out for me among the many young photographers is having a film background, because I approach everything through a narrative viewpoint. Lots of photographers want to capture a moment, a feeling, a composition – and I want that too, but not only.

With film, you are accountable with what comes before and after. With photography, so much is left to imagination.

I think photography has made my film-making more visually powerful. But my background in film makes me more attentive to details in photography. I always have some sort of story. I want to capture something mysterious. A story. 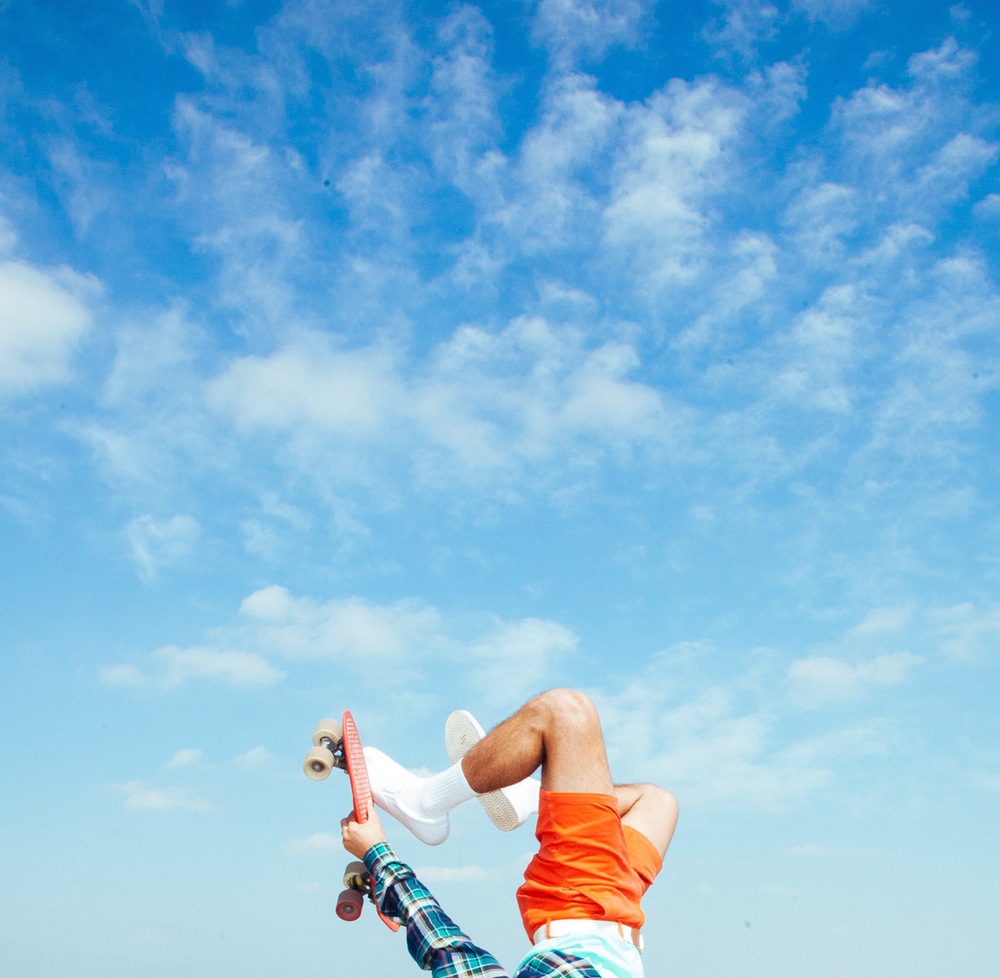 You mean you have taken up narrative devices from film?

In film, you have editing, you can create juxtapositions, and you create a language by those means. And in photo, it’s different, the image is isolated but you rely on the fact that people are visually smart. For instance, I treat people as characters; when I don’t do that, the photos fall flat.

You say that most of your photographs are planned beforehand. The initial idea may change during the shoot, but basically, you know beforehand the image you want to shoot. So… where do the initial ideas come from?

I just keep that part of my brain open all the time. Sometimes they show up so clear. Lately my brain has been coming with really clear images. I haven’t shot them all yet. I write them down. 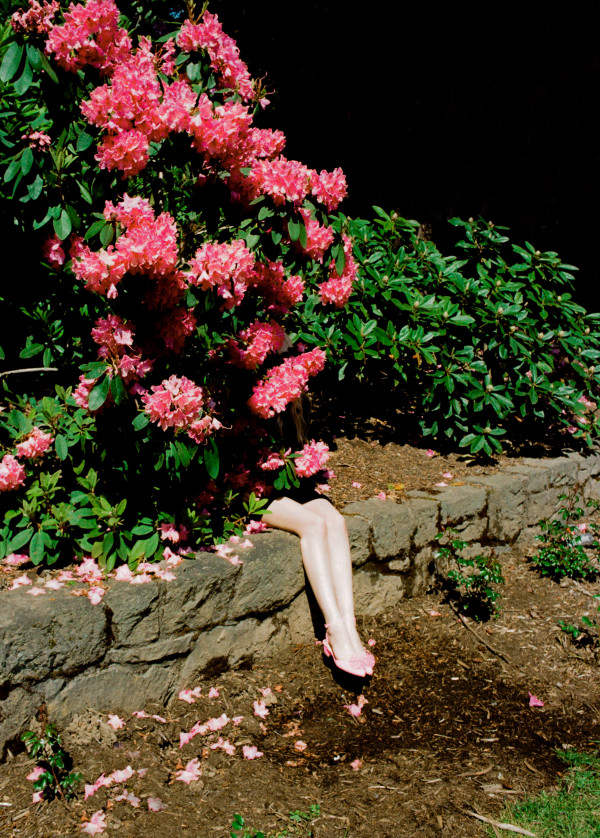 From the series Nature

Could you send me an instance of such notes?

I feel I am entering a new chapter of my personal work again. I spent so much time learning how to take photos. I took field trips. Now, I want to be very precise, to focus on nailing the one idea, to make only one great image per idea. 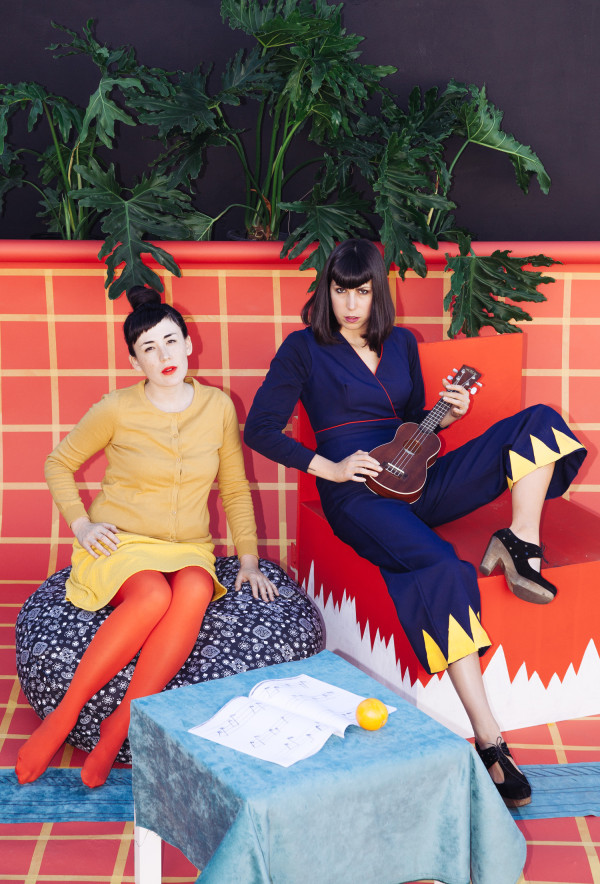 La Musique, a series inspired by the painting by Matisse by the same name, Nov. 2013.

I read an interview where you spoke about the first movies you shot and the scripts you wrote as having a statement, anti-war for instance. How about your photography today? Would you say there is a statement too?

No. I’m using photo as a different form of expression. I see photography as a way of working through ideas of my own. I think I’m using photo not to say anything about the world, but more about my inner world, my imagination. And I’m trying to grow as an artist. With End of Babes, my last film, which will be coming out in 2016, it’s not a political statement anymore, it’s more about situatons I have encountered.

I guess … I grew up in the Bush years. You felt you had to make a statement then. Maybe with the next election, I will feel it is time to be politically motivated again. But so many concerns have been sqeezed out of my life because I am so focused on my aesthetic development, in putting more into my images. There is positive and negative aspects about this.

I was surprised to see that your named one of your series “drama”. Isn’t drama something you have always avoided, in your life as in your work? Is this a new direction in your work?

It came as a challenge to myself. And maybe I am sill pursuing it. This series was a turning point: I realized I could do something aesthetic out of emotions. Some people can design a photograph, and some people can capture raw emotions : I realized you can hit the middle ground and capture real emotion in a photograph that has been planned beforehand. 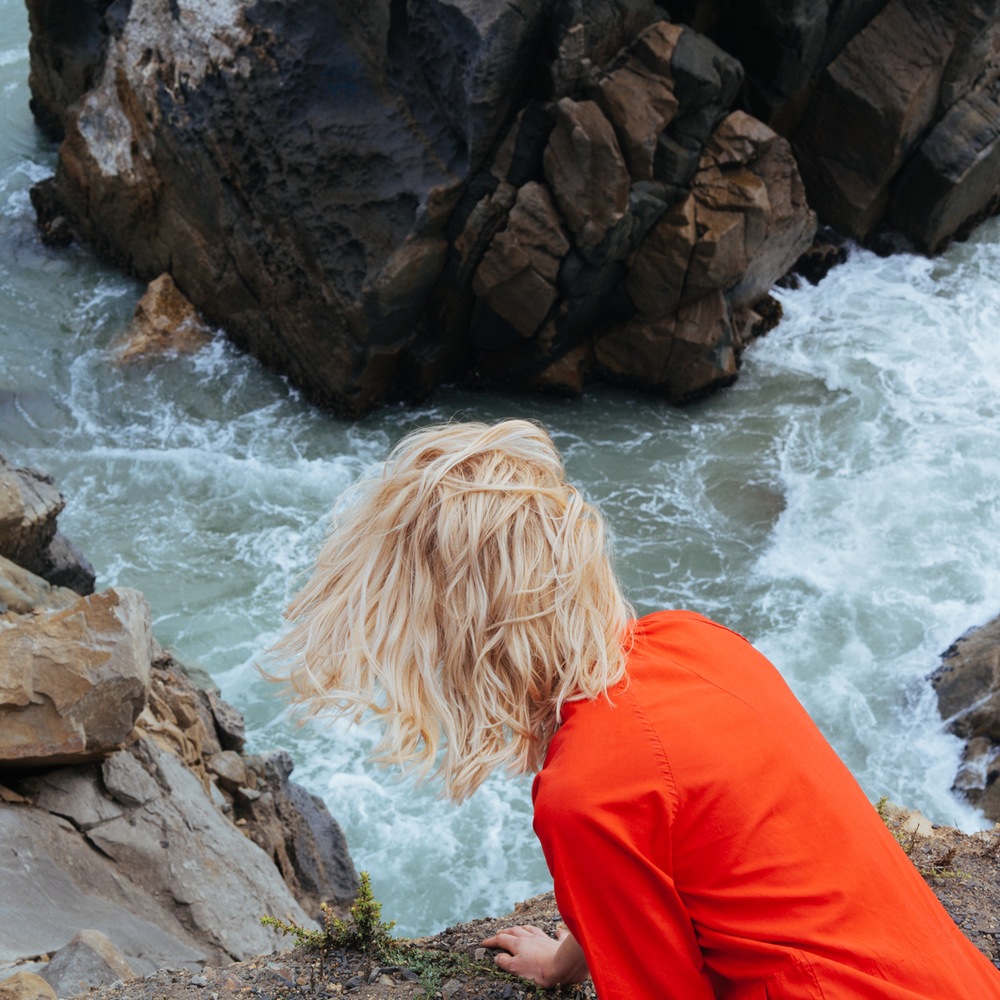 From the series Drama – In The Wilderness

May I ask you about a recurring motive in your photograph – why so many flowers and girls?

I don’t know! Everything I do it I think it’s the last time. It’s something I have to get out.

I think it’s because it’s so beautiful and still interesting. So graphic, I try to make the pictures flat as an exercise.
It’s like sketching, something I always can return to.

The first series I made was of flowers on a blue background. I think it was a way of keeping a confort level, retaining elements from photographs I had not planned. In this series, I was also inspired by Dutch still life. I loved tthem in my early twentings, the detail of fruit, handings. I tried to swap it for a California version – girls and flowers. 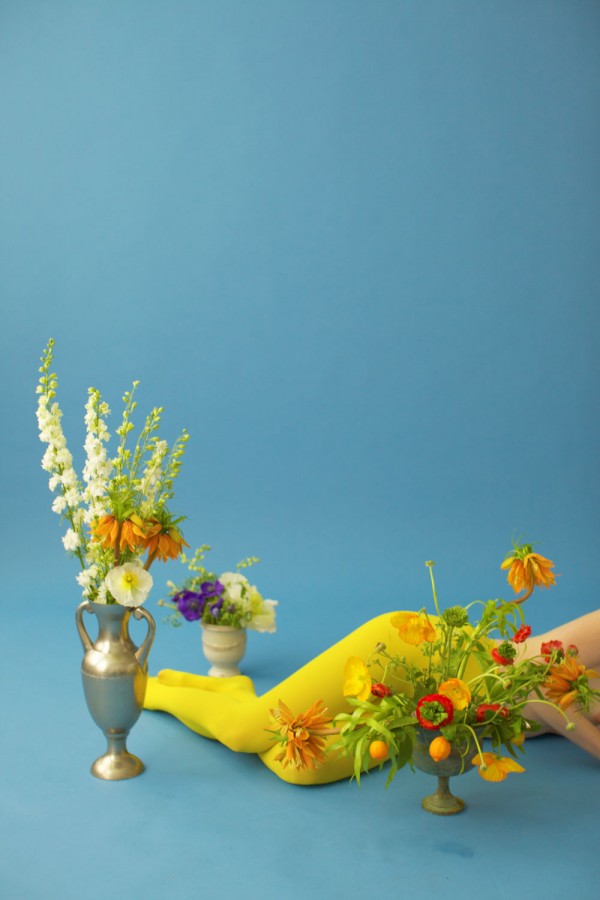 But retain the nostalgia? The feeling of something precious that’s not going to last?

Thank you Jimmy, and HART for making this exhibit possible!